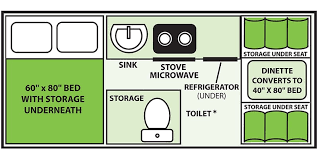 ManuFacts
In the early 1970s, Ralph Tait had an idea. So he went into his garage in Bend, Oregon and began tinkering. Several weeks and a few blisters later, he emerged with a revolutionary design for the first A-frame pop-up camper.
It was sensible. It was different. And it was light enough to be towed with just about any vehicle. Friends wanted one. Family wanted one. Friends of family wanted one. As word of mouth spread, Ralph found himself making more campers out of his garage. That’s when Ralph’s sons had their own bright idea. Why not turn this hobby into a real business?
The family moved to Pennsylvania and began making Aliner campers. Two brothers would build one. The third brother would hitch it to the family station wagon and drive across the country until he sold it. When he returned, the brothers would have another Aliner waiting. After years of hard work and several hundred thousand miles on the poor station wagon, the family retired in 2007. Today we continue to build every Aliner with the same quality, craftsmanship and pride as Ralph and his sons did for over 30 years.

Schaap's RV Traveland strives to ensure the accuracy of the information provided on this website; however, actual products, programs and services may differ materially from those on the site. All prices and payments listed on this site are subject to change without notice and do not include tax and licensing fees. All units are subject to prior sale. All finance quotes are subject to bank approval and stipulations. Product information, technical data, program information, service offerings, photographs and illustrations are intended to be representative examples based on information available at time of posting and are subject to change without notice. Exterior colors/graphics and interior colors may vary and may look or print differently that the actual color in the physical product due to varying monitor and printer color calibration. While we attempt to ensure the accuracy of all information including any prices listed on this site, the listings may not reflect the most recent transactions or may reflect occasional data entry error. To receive current information or to verify the accuracy of any information on this website call 605-332-6241.

* Tax, title, license and document fees are not included. Based on approved credit. Not all customers will qualify for these rates.